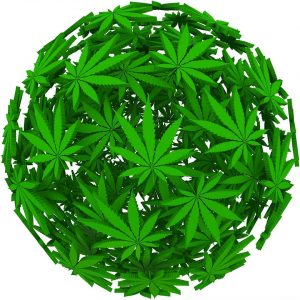 This weekend’s event, incorporating Adelaide’s Inaugural Hemp & Cannabis Expo would not have been possible without the tireless work of Alex & Allison Fragnito – I congratulate them for taking the initiative and I thank those who have embraced the opportunity to participate and share their passion and their vision for Cannabis and Hemp.

A narrative is a spoken or written account of connected events; a story.

Everybody has a story to tell and when it comes to Cannabis, health and well-being for every positive story, there are many which don’t have happy endings.

It is my aim to empower you to have the courage to share your stories with those who can effect change. That is – those who make laws, our legislators, our Members of Parliament.

Respectful, lobbying and activism is a commanding way to be heard.  You don’t always have to raise your voice to be heard, it’s often those who are quietly spoken and considered in their approach who are listened to.

There are so many stories untold and many yet to be created – let’s make them positive stories of recovery, cure, health & well-being.

Every day I hear that people don’t want to have to continue to break the law to access cannabis – so let’s be part of the movement that changes the law which opens the door much wider on safe and affordable access to cannabis.

Mankind has been purposefully consuming Cannabis to cure what ails them, for as long as the plant has been in use for agriculture. The earliest written records date back to around 2700BC, when Chinese physicians were recommending tea made from Cannabis leaves to treat ailments such as gout and diseases such as malaria.

It was also a constituent of what was thought to be the world’s first anaesthetic.  Western society did not realise its potential until the late 1700s. It was found to have many medicinal applications and became a common remedy for ailments ranging from asthma to yellow fever.

Hemp, like Cannabis has a long history in mankind’s evolution. Fast forward to present day – The potential to support employment via regional cultivation, processing and manufacturing of Industrial Hemp is evident due to the multitude of end uses this ecologically and economically sustainable crop can offer.

I was delighted to learn that the first Industrial Hemp crops will be in the ground later this year, following the State Government’s approval of the first cultivation licenses.  Primary Industries & Regions SA (PIRSA) and the other client departments involved are to be congratulated for their part in supporting this process from its inception.

I am a strong proponent of the establishment and development of the industry in South Australia. The possibilities are endless, provided the formative industry is well supported and nature delivers optimal growing conditions. I applaud the primary producers who have recognised the immense potential of including Industrial Hemp into their cropping rotations.

It is important to remember Tammy Franks’ MLC (Greens) dedicated support in the South Australian Parliament and the introduction of her Bill in November 2016.

Just 12 months ago, on April 13, 2017, the Bill to allow for the cultivation of Industrial Hemp passed the State Parliament with the support of the State Government and the Opposition (now in Government) – all citing a win for jobs and the environment.  I would have to say a huge win.

The Government is stating that based on current predictions, it is anticipated that within five years an expanding industrial hemp industry in South Australia could have a farm gate value of $3 million a year.  I strongly believe that number will grow rapidly.

This a bold and smart move by the Greens’ leader Richard di Natalie.  While Medical Cannabis is now technically legal in Australia we still have a long way to go to bring about safe and affordable patient access pathways.

I am hoping this plan to decriminalise and legalise Cannabis more broadly will motivate the Federal, State and Territory Governments to lift their game in the Medical Cannabis space too.

I have no affiliation to a political party, but I will state that I believe The Greens’ deserves to receive multi-partisan support.

If you had asked me 30 years ago, I would have been fiercely opposed any decrimilisation or legalisation of Cannabis. However, my mantra is now “Education is the Key” – I have taken the time to educate myself and the science is breathtaking.   This means that now my view is very far removed from that of the 80’s.

The war on drugs is futile. Drugs are a health and social issue. Dr Alex Wodak, AM who among other things, is the President of the Australian Drug Law Reform Foundation has stated that “current drug policy is politically motivated and ultimately unsustainable”.  I must agree.

It is time to wake up Australia and develop and implement smart, pragmatic policies which will deliver better social, health and justice outcomes for Australians.

There is so much stigma surrounding Cannabis, much of it stemming from its prohibition in the 1930s and the unfounded claims about the plant.  There is still a lot of work to do to bring alignment between those who are opposed to legalisation and those who know and understand it is not a matter of if but when.  Regulation not only has the potential to generate hundreds of millions of dollars in tax revenue but there are significant social, health and environmental benefits too.

So far this year, 1,590 Australians have been killed by alcohol and there have been zero deaths from Cannabis, ever.  In 2017 alcohol was attributed to 5,475 deaths in Australia. That’s 15 deaths every day and that doesn’t cover off on those living with chronic illness as a result of alcohol consumption.

So where to you fit into this picture?  It’s simple – I need you to tell your stories.

I say again -personal narratives are powerful instruments of change. Respectful, lobbying and activism is a commanding way to be heard.  You don’t always have to raise your voice to be heard, it’s often those who are quietly spoken and considered in their approach who are listened to.

Here are the links I demonstrated during my presentation.  Explore them in your own time.   Identify your Elected Members and share your story.

Our Government will tell us that we need more studies. In the case of Medical Cannabis there is robust scientific, peer reviewed evidence and more than 17,000 scholarly articles speak to its efficacy and still there are doubters. Future generations will wonder what all the fuss was about.  Granny Storm Crows List is a fabulous resource – take a dip.

Encountering resistance   – This is a useful document identifying the range of types of resistance, primarily to gender equality but has wider application, and ideas on what framing strategies to use.

How to talk about economics: A guide to changing the story

The Office has been initiated by the Government of South Australia to support the establishment of medicinal cannabis and industrial hemp industries.

Acting as a single point of contact the Office will work with industry and across government to provide ongoing support and advice, particularly for new ventures in the cultivation and processing of industrial hemp or medicinal cannabis.

I have to say it was very disappointing that the Office was not represented at the Expo.

So, I will conclude where I began….personal narratives are powerful instruments of change.

Respectful, lobbying and activism is a commanding way to be heard.  You don’t always have to raise your voice to be heard, it’s often those who are quietly spoken and considered in their approach who are listened to.

There are so many stories untold and many yet to be created – let’s make them positive stories of recovery, cure, health & well-being.