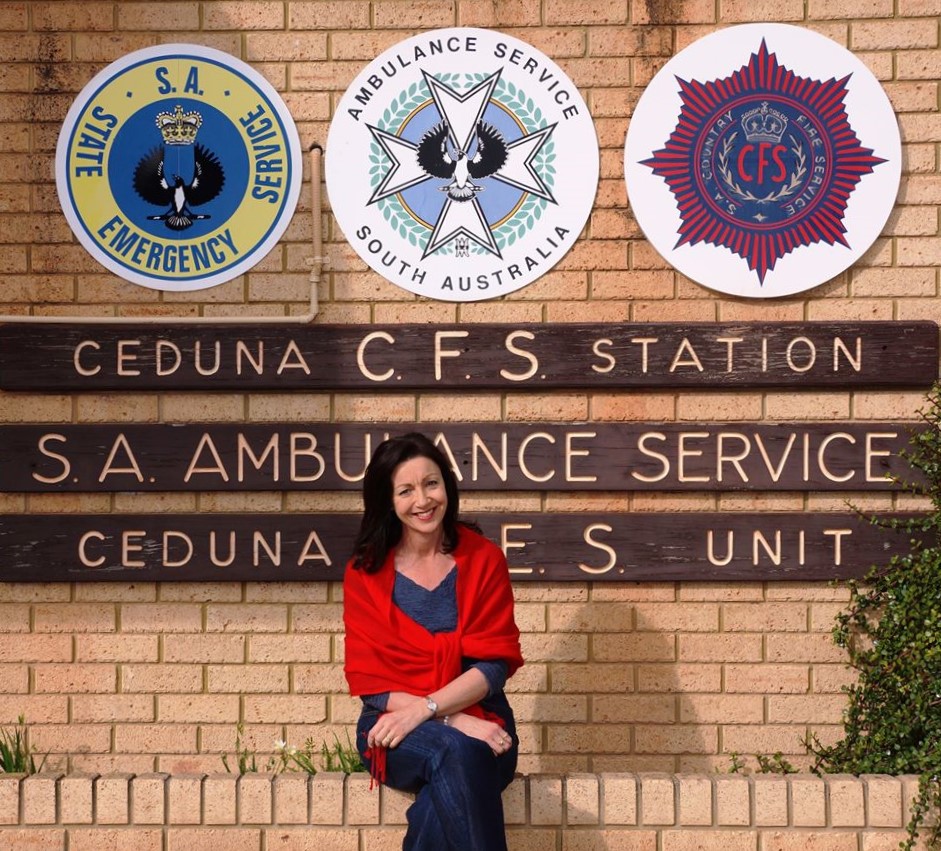 In 2013 I contested a Senate seat in South Australia as an Independent Candidate. Whilst I was not successful, I do however measure my success in other ways and I am stronger and wiser for the experience.

My key election platform was to work to bring about tax reform and the provision of tax breaks for Emergency Services Volunteers.

An integral aspect to my campaign was to travel extensively throughout the state and to listen to and speak with people about what motivated them and concerned them. I was invited into homes, businesses, walked paddocks and wharves and I listened to the concerns of those willing to share their thoughts and opinions.

It was such a privilege to work in this way. One of my main regrets however, in not securing a Senate seat, is that I didn’t have a means by which to progress my key election platform nor the concerns and issues brought to my attention.  In recognising that, I went about writing an open letter to all of the SA Senators at the time.

I asked that that each consider progressing the issues I felt were important, are still important.

I called for the issue of dwindling numbers of volunteers for our essential emergency services such as CFS, SES and SAAS ( and their State & Territory counterparts) to be addressed urgently. I did this because it was widely recognised that the economic loss they were suffering simply to volunteer was unsustainable.

Now it is so much more than economic loss.  It is fatigue, despair and for some, it has meant paying the ultimate sacrifice.

One of the most devastating impacts of natural disasters is the mental health impact, which lasts longer and is less visible, according to research. Australia spends on average $18.2 billion each year on disaster recovery, and half that cost is from the impact on mental health and well-being, according to a report by Deloitte Economics.

The total costs of disasters will rise to an average of $33 billion per year by 2050 unless steps are taken to increase resilience.

The matter of volunteer recruitment and retention and importantly their health and well-being should be of great concern to our government and our citizens. This includes financial health.

Considering the worsening situation due to climate change, we need to do something at a national level to assist people in their volunteer roles and to encourage more people to volunteer for emergency service organisations and compensate them for doing so.

Throughout my campaign I received much positive feedback for this hugely smart initiative and very little opposition. I spoke to peak body representatives and grass roots SES/CFS and SAAS volunteers.

Whilst I appreciate that volunteering implies that there should be no remuneration, nor should there be any out of pocket expenses incurred.

I still strongly believe that this initiative is worthy of whole of government support.

In order for our communities to remain vibrant, resilient and robust we must maintain and grow our emergency services volunteer base. We must place a higher value on our volunteers and reward their contribution.

These proposed tax concessions would provide a legitimate means of compensating volunteers (and employers) who are increasingly ‘out of pocket’ for their incredible contribution to our communities.

At the time I suggested that climate change will continue to exacerbate this issue globally – fast forward, at a rate of knots to 2019 – does anyone care to disagree?

It is near on impossible to articulate the emotion contained in the conversations I was privy to during that campaign.

Throughout my campaign my mantra was “Without our environment there is no economy.” It still is.

This viewpoint was one which started and stimulated many conversations; conversations that have continued, regrettably though, there has been little more than rhetoric from those who can make a difference – our legislators.

Politicians should be governing for people, all people.  Multi-partisan approaches to complex issues must be brokered.

Let’s start with an admission that anthropogenic climate change is real.

Let’s see a return to collaboration, common-sense and importantly compassion in politics.  Let’s extinguish the fires, not the flame of democracy.