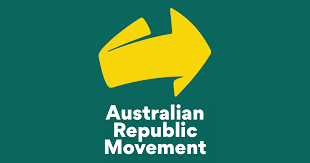 I first posted this piece in November 2015, now some 4 years on, the momentum continues to build .

Next week I’ll be back in Adelaide for yet another gathering of ARM supporters so I felt it timely to re-post this….it’s still relevant… just add 4 years & plenty of press which supports Australia having a Head of State to truly call our own.

“I am, you are, we are Australians” are the words Peter FitzSimons, National Chair of the National Committee of the Australian Republican Movement (ARM) opened his address to the National Press Club with in August.

I attended a gathering of Republicans and likely some who were just curious to learn more, in Adelaide last week.  FitzSimons, the guest speaker, recited those same words and captivated the audience with his grass-roots approach to the important matter of Australia becoming a Republic.

The ARM is non-party political.  It is a non-profit organisation that advocates an Australian Republic within the Commonwealth and advocates a fully and recognisably independent Australia in which all power belongs to the Australian people and in which nobody inherits power. Importantly the ARM advocates a Head of State who is Australian, who lives here and who can represent our identity, our values and our place in the world.

It is 16 years since The Australian Republic Referendum was held on 6 November 1999.  Almost a generation later the approach is somewhat different to the approach used in the lead up to the vote in 1999.  Perhaps one could describe it as less academic in some regards but equally as feisty and as significant as ever.

This piece from 2008 by Greg Barns who was the National Campaign Director for the 1999 Republic Referendum (and who was Turnbull’s successor as Chair) puts that into perspective. http://www.crikey.com.au/2008/08/25/malcolm-turnbull-me-and-the-lost-republic/

Why a Republic? Principally it is about having an Australian as our Nation’s Head of State and about consciously uncoupling (as Gwyneth Paltrow famously used the term to announce the end of her relationship with Chris Martin) from our Constitutional ties with England and the Monarchy and to stand firmly on Terra Australis on our own two feet as a truly Independent Nation.

To add more weight to this argument as recently as yesterday it was reported that the British Government is about to make it even harder for Aussies wanting to work in the United Kingdom.

In the news item it states that in an unusually strongly worded diplomatic memo sent to Whitehall, Australia has warned the British Government its planned policy shift on visas was potentially inflicting “structural damage” to the “uniquely close relationship” politically, economically, culturally and security wise.

It further states that “despite intense lobbying by the Australian Government to lift the cap and a debate in Westminster in January this year — that specifically asked how a nation with the Queen as its Head of State should count for so little — the British Government is now set to make it even harder to employ non-EU workers.”

Alexander Downer, Australian High Commission to the UK said that “restricting Australians ability to live and work here (in the UK) has wider consequences beyond economics.”

I concur and one has to question the level of importance placed on Australia’s significant bilateral relationship with the United Kingdom by the British Government if this is the position it takes.

Closer to home, those at the intimate gathering in Adelaide were offered a chance for questions and comments and it was heartening to hear the wide-ranging level of matters raised.  Clearly some of those present knew and understood the complexities of The Australian Constitution well.

A relevant question was raised and it was around the opportunity for Australia to become a secular independent Republic.  Secular from a social perspective in that Secularism being the principle of the separation of government institutions and persons mandated to represent the state from religious institutions and religious dignitaries. I look forward to a more open discussion on this – time did not permit for a robust interaction.

The ARM advocates a national conversation and democratic process for Australians to decide how our next Head of State will be chosen.  FitzSimons personally proposes a single change – the minimalist model with ‘no bells, no whistles and no postage stamp’.  This is his position and it is open for debate.

I believe it was largely ignorance which played a part in the result of the 1999 Referendum and indeed the way the question itself was worded, some would even suggest a deliberate and strategic ploy by John Howard for the bid to not succeed.  This level of ignorance continues to permeate our overall political system.

That said it was pleasing to hear FitzSimons clarify a common myth which leads people to believe that if Australia were to become a Republic we would leave the membership of the Commonwealth of Nations.

So let me state that despite public opinion which suggests otherwise, Australia will continue to be a member of the Commonwealth of Nations and will be able to compete in the Commonwealth Games after becoming a Republic.  This matter appears to be hugely important to the Australian (sporting) public.

Republics have been allowed as members of the Commonwealth since 1949, following the London Declaration made on 28 April of that year.  Think the Republic of South Africa, Singapore, Pakistan etc.

This piece from 2011 by David Donavan will add clarity  https://independentaustralia.net/australia/australia-display/an-australian-republic-and-the-commonwealth-the-truth,3505

Change is challenging for most and I thought it was canny of Fitzsimons to reflect on Gough Whitlam’s legacy.

In particular Whitlam’s announcement in his 1972 Election speech that he would arrange with the British Government for the Judicial Committee of the Privy Council to be constituted by its Australian members sitting in Australia to hear appeals to the Privy Council from State courts.  As FitzSimons referenced, it took a decade to ratify but since then ‘we’ve run our own show, and we’ve done it very well.’

A subject of personal interest was not raised and that is the concept of a deliberative democracy.  The South Australian Government is attempting to engage in better decision making through YourSay SA, the goal being to involve everyday South Australians in the decisions that affect their lives. More here: http://yoursay.sa.gov.au/  I’d like to explore this further in a future blog.

In closing the evening’s formalities FitzSimons lead the ‘band’ in our National Anthem…it’s interesting to note that Gough Whitlam did not like God Save the Queen and was the First PM to attend a Socceroos match – but only on the proviso that Advance Australia Fair was played!  It became the official National Anthem on April 8, 1974.

Now is a striking time for a fresh make-over of our identity and for Australia to be truly inclusive of our First People’s and of those who have come here from all the lands on earth.