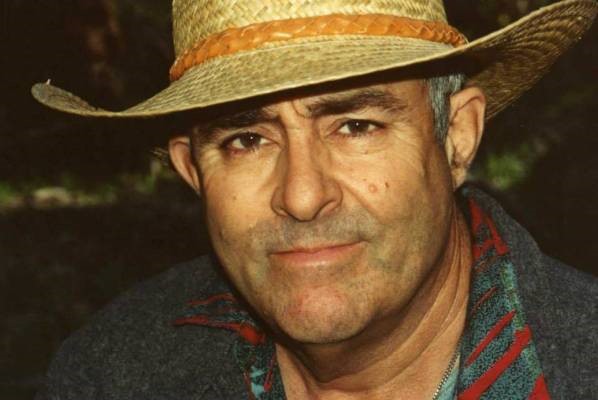 The Royal Commission into Institutional Responses to Child Sexual Abuse is investigating how institutions like schools, churches, sports clubs and government organisations have responded to allegations and instances of child sexual abuse.

The remit of the Royal Commission is to uncover where systems have failed to protect children so it can make recommendations on how to improve laws, policies and practices.

The terms of reference (Letters Patent) of the Royal Commission can be found at this link:http://www.childabuseroyalcommission.gov.au/about-us/terms-of-reference

I have been following the investigations and resultant media with interest, a very personal interest.

Not long after my father was diagnosed with Prostate Cancer I decided that I wanted to tell his life story in a book, a personal family memento to hold dear.  Dad was more than happy to oblige, a gregarious story teller at the best of times, we got to work.

For the most part the recital of his life was him re-telling stories I’d heard some many times before and most delicately brushed with embellishments and augmented by old photos we poured over.  Whilst there was hardship and adversity, his life was predominantly contented.  It was a life of opportunities, which when they came knocking, were eagerly embraced.

Amongst the adversity lay a piece of darkness which was so dark no light could penetrate, Dad told me the story of his exploitation.  The abuse was perpetrated by a Catholic Priest and occurred when he was but a boy, an altar boy at St Anthony’s Church in Port Pirie.  It occurred in the 1940’s.

I know I should choose my words carefully and preface ‘abuse’ with ‘alleged’ because the claims are; and will remain unproven, indeed were almost unspoken.  However I won’t in this instance purely out of respect for my father.

Dad almost took his secret to his grave, I wonder how many have and how many will.  I told him, I promised him, I would seek answers but it wasn’t until 3 years after his death and following the airing of an ABC Four Corners program “Unholy Silence” that I chose not to keep mine or my father’s silence.

I sought an appointment with the Bishop of the Diocese in which my father spent his boyhood years. The meeting was cordial, respectful, business like almost.  I recounted the details my father shared with me and how his life was affected, immeasurably affected.

I wasn’t expecting answers or apologies but I wanted to be assured that if I, the mother of a young son and daughter, were to approach the church (any institution for that matter) with an allegation similar to my father’s claims that in this century I could be confident that the matter would be handled appropriately and impartially by the Church.

I received an expression of sorrow during the meeting which was later re-stated in writing along with findings.  My report was taken seriously and upon investigation it was discovered that there was a hearsay report about a priest in the parish in the early 1940’s, no actual report and no victim named.  It was also reported to me that a second priest was complained about for having ‘interfered’ with a young girl back around about 1920.

I was offered counselling “Towards Healing”, which I respectfully declined.  My wounds were superficial in comparison to those my father bared.

Remarkably, after the meeting and subsequent correspondence from the Bishop, I was not left with a sense of confidence that if a victim were to come forward in modern times that their complaint would be referred to the appropriate authorities for investigation.

I have tried to understand the actions of and I do have empathy for the (alleged) perpetrator.  I honestly can’t understand how a man or a woman for that matter can be expected to commit to a life of celibacy without support.  What that ‘support’ might look like is a mystery to me.

Celibacy, from the Latin, ‘cælibatus”, the state of being sexually abstinent, usually for religious reasons is, for most, is a foreign concept.  I personally struggle with how a human being can overcome the most primal urge to have sex.  I struggle with how some people of the cloth claim to practice and observe chastity but behind closed doors commit heinous crimes against innocent children to satisfy that primal instinct.

I can’t imagine how difficult it would be to choose or be asked (given orders) to take a path of chastity and in doing so how the Church cannot take some responsibility for the actions of their flock when they do commit horrendous crimes.

I accept that paedophilia is a psychiatric disorder and as such those who are diagnosed should be treated with respect as their illness is not something they fashioned but rather a disorder which can, in most cases I’m lead to believe, be treated.

What I can’t accept is the lengths the Church has gone to and continues to go to, to what I can only describe as to protect their brand, and power base.

I accept that Cardinal George Pell has been the target of many.  He has been scorned from within his Church and by the media.  That level of attack is not true justice but rather pursuit of the man and not the matter.  Despite that I do feel contempt for the Church despite what action has been taken.  For me it is personal, it is about what they have failed to do.

The total financial worth of the Church could never compensate the victims for the loss of self-worth, loss of dignity and for some the loss of their life.

I thought long and hard about writing this piece, however on this occasion I have let my heart rule my head. It is about my father, it is for my father.

I hope that in publishing this piece that if there are other men and women from my home town of around my father’s age (had he been alive today) that they may come forward in an attempt to get help and support.  Indeed anyone who has been a victim of child sexual abuse.

Maybe, just maybe they can find some peace by shining a light on their personal darkness.

If you or someone you know has been affected by child abuse there is much support available. Details of that support can be found at this link: http://www.childabuseroyalcommission.gov.au/support-services